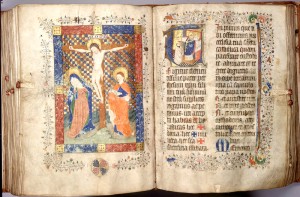 A common mistake many make is to confuse Old Roman Catholicism with “Traditional” Roman Catholicism. This is on the surface quite appreciable, both prefer the older form of liturgy, i.e. the Tridentine Rite and generally both have an older pre-Vatican II regard for doctrine and praxis. However, there are significant differences “under the surface” that betray a very definite difference between them. The former of course, being descended from the “Old” Roman Catholic Church in the Netherlands, so titled originally to distinguish it from the “new” Roman Catholic hierarchy uncanonically instituted by Bl. Pius IX in Holland in 1853; but also too, because they held to the ancient faith as it had always been received, taught and understood and for this the epithet “Old” distinguished them from those who adopted the new dogmas e.g. the Immaculate Conception in 1854 and later of Papal Infallibility in 1870. “Traditional” Roman Catholics accept these dogmas and though prefer an older-style liturgy, are not as “Traditional” as they appear…

There is a well known maxim “lex orandi, lex credendi” loosely translatable as “the law of prayer is the law of belief” that refers to the relationship between worship and belief, and is an ancient Christian principle which provided a measure for developing the ancient Christian creeds, the canon of scripture and other doctrinal matters based on the prayer texts of the Church, that is, the Church’s liturgy. In the Early Church there was liturgical tradition before there was a common creed and before there was an officially sanctioned Biblical canon. These liturgical traditions provided the theological framework for establishing the creeds and canon. An early account of the maxim is found in Prosper of Aquitaine’s eighth book on the authority of the past bishops of the Apostolic See concerning the grace of God and free will, “Let us consider the sacraments of priestly prayers, which having been handed down by the apostles are celebrated uniformly throughout the whole world and in every catholic Church so that the law of praying might establish the law of believing” [Patrologia Latina 51:209-210]. So when we apply this maxim to the various editions of the Missal that Catholics use, we find some interesting doctrinal differences too.

Traditional Old Roman Catholics use Missals whether in Latin or in English, generally in accord with the vernacular translation of the Tridentine liturgy by Mgr Arnold H Mathew published in 1909 with imprimatur from the then Archbishop of Utrecht, Gerardus Gul, “The Old Catholic Missal & Ritual“ (I happen to possess that revered Tridentine liturgist, Fr Adrian Fortescue’s personal copy) pre-dating the first edition of the “English Missal” published in 1912. It is in fact a translation of the Missale Romanum and Pontificale then extant in the Latin Rite, pre-dating the many later alterations made beginning with St Pius X in 1910. Indeed, few “Traditional” Roman Catholics appreciate that the “liturgical renewal” which they so often decry was largely spurred and might arguably be justified by these tinkerings in the Tridentine liturgy by those the “Traditionalists” otherwise consider paragons of it; Popes St Pius X, Benedict XV, Pius XII and Bl. John XXIII all interfered with the liturgy long before the Second Vatican Council. The “standard” edition however that Old Roman Catholics use is free from all these later changes.

The 1909 Missal reflects the doctrinal stance of the Ultrajectine See, who had retained the ancient faith and thus were termed “Old” Roman Catholics originally in the Netherlands. It’s interesting to note that the Nicene Creed in this Missal reflects the Orthodox praxis, omitting the “filioque” clause (“and the son”) in the stanza concerning the procession of the Holy Ghost from the Godhead, as was originally agreed at the Council of the same name in 381AD. The 1909 Missal also retains the original titles and Mass texts of feasts from the 1570 Kalendar, e.g. the “Conception of the BVM” on December 8th as opposed to the “Immaculate Conception” a change brought in 1854 and with different Mass texts to reflect the new dogma (from the ancient Missa “Salve sancta parens” to “Gaudens Gaudebo”) – note then that the above maxim had already been discarded by Bl. Pius IX! [He of course went on to state of himself rather egotistically, “Tradition? I am Tradition!” Something a of stark contrast to a previous Pope’s self-declaration “Servant of the Servants of God” (servus servorum Dei) i.e. by Gregory the Great, and a more recent example, Benedict XVI who thought himself a “servant of Tradition”.]

If we regard the liturgy then. “Traditional” Roman Catholics both within and outside communion with the Holy See of Rome, use the last revision of the Tridentine Missal promulgated by Bl. John XXIII in 1962. To look at, the Mass would appear much the same as the 1570 or 1909 Missals referred to above, but a published Missal would contain several differences. Among these differences would be the addition of the name of St Joseph in the Canon of the Mass, the considerably revised Pius XII (1955) Holy Week liturgies (see a full treatment here) and some subtle differences in the liturgical celebration, generally the lack of additional Collects and sometimes the omission of the Preparation (prayers at the foot of the altar), fewer recitations of the Creed on feast days, a considerable lack of “octaves” and significant differences in Calendar too (a full treatment of differences may be found here). Some “Traditional” Roman Catholics prefer and use the pre-1955 Missal, particularly because of an aversion to the Holy Week revisions, but note of course, this contains the revisions by St Pius X, the most notable being the merging of the rite of Holy Communion with the Mass (in times past, the faithful received holy Communion after the Mass was concluded).  Other notable differences between the Missals, are the Propers for feasts of sainted Popes, the 1909 and earlier Missals used the appropriate texts for Confessor or Martyr bishops; the later use the new Mass text “Si diligis me” introduced in 1942 (clearly Ultramontane propaganda).

So either way, “Traditional” Roman Catholics are using a liturgy much changed from the older Missals and reflecting a doctrine at odds with the received Tradition of the Church, which is yet maintained and reflected in the Missal and usage of the Old Roman Catholics. Indeed, few “Traditional” Roman Catholics realise that Bl. Pius IX and Pius XII both subverted this maxim and principle by claiming that it worked in reverse – lex credendi, lex orandi – “let the rule of belief determine the rule of prayer” says Pius XII in “Mediator Dei” 1947 [cf 48] undermining his own previous argument in the same encyclical, “For this reason, whenever there was question of defining a truth revealed by God, the Sovereign Pontiff and the Councils in their recourse to the “theological sources,” as they are called, have not seldom drawn many an argument from this sacred science of the liturgy.” Contrary to what he says, the maxim should not work in reverse 1’800 plus years after the foundation of the Church! Indeed, some “Traditional” Roman Catholics like to refer to the contemporary Roman Catholic Church post Vatican II as “new Church”! If anything, a “new Church” has existed since 1854! Thus for Old Roman Catholics to use the later Missal editions without observing the particular points ref the altered texts for some feasts, is – remembering the maxim correctly – to deny the witness to the received Faith and Tradition by their Ultrajectine forbears. Indeed, to the maxim is often added “lex vivendi” the law of living, and to pray a Mass that is not in keeping with the ancient faith, is of course to reflect a new way of living, a new way of being “Catholic”… far from “Traditional” and far from “Old” Roman Catholicism!