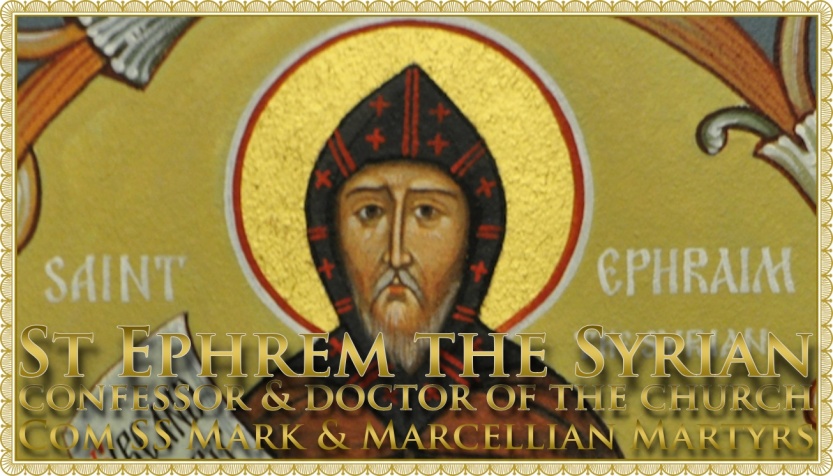 Poet, teacher, orator, and defender of the faith, Ephrem is the only Syriac Christian recognized as a doctor of the Church. He took upon himself the special task of opposing the many false doctrines rampant at his time, always remaining a true and forceful defender of the Catholic Church.

Born in Nisibis, Mesopotamia, he was baptized as a young man and became famous as a teacher in his native city. When the Christian emperor had to cede Nisibis to the Persians, Ephrem fled as a refugee to Edessa, along with many other Christians. He is credited with attracting great glory to the biblical school there. He was ordained a deacon but declined becoming a priest. Ephrem was said to have avoided presbyteral consecration by feigning madness!

He had a prolific…