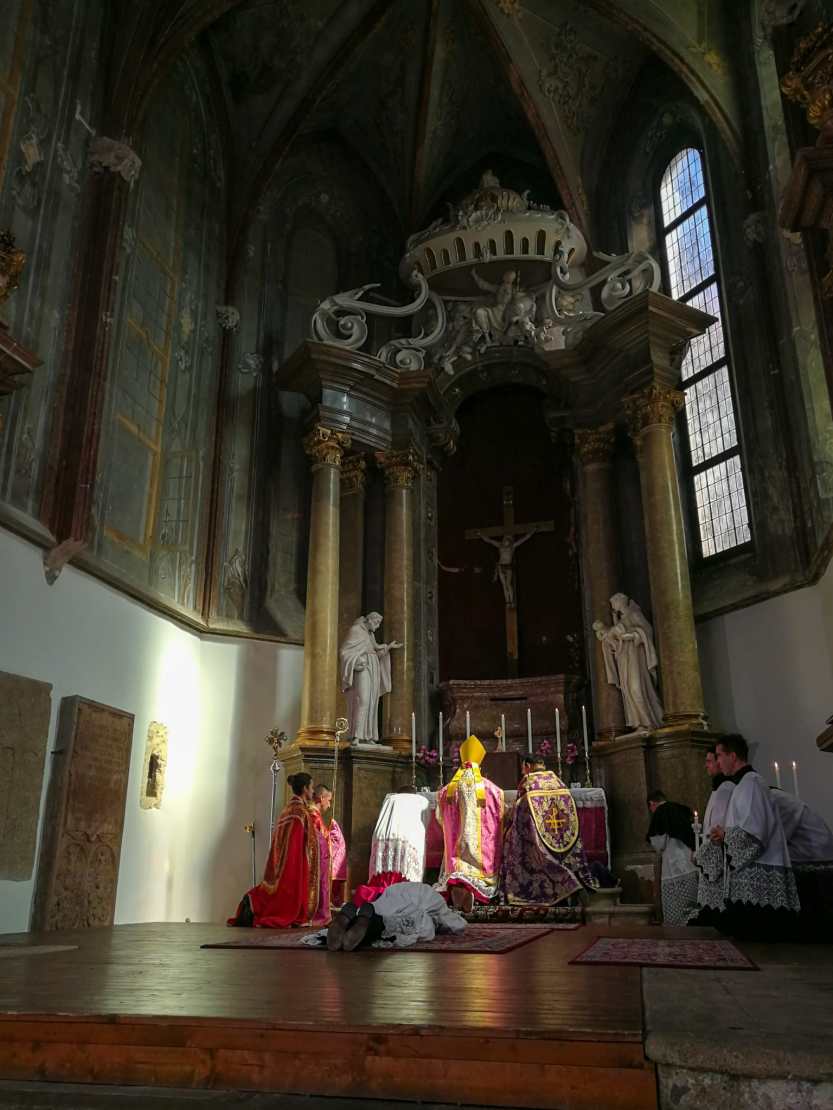 In March 2022 His Grace ✠Jerome visited the historic city of Bratislava in the Slovakian Republic to ordain to the Diaconate, Dr Adam Sykora in the Church of the Holy Cross in the medieval city centre.

The ordination took place on Laetare Sunday during Pontifical Mass offered by His Grace in the former Clarissine Church, a gothic church, part of a complex of medieval buildings forming the former Convent of Poor Clares. It was the first liturgy to be offered in the church since its closure at the end of the 19C.

In September His Grace will return to Bratislava Deo volente to ordain as priest, the Revd Dr Adam Sykora, the Revd Dr Robert Wilson and the Revd Br Stanislaus de Guadalupe FMCD. Of your charity please remember the ordinandi in your prayers as they prepare themselves to become “alter Christus”.

View the entire liturgy broadcast from the Clarissine Church here: