Continuing from yesterday, a sharing of my reflections whilst on retreat last month…

July, like all the months of the year, is traditionally dedicated to a particular devotion. July is dedicated to the “Precious Blood” recalling the blood spilt in sacrifice by Christ upon the Cross. These devotional titles are to encourage us to reflect on aspects of the Incarnation, particularly on how our redemption was affected thereby, through Christ’s, “Emmanuel’s” (God-made-man’s) own blood. For me this year, this month in my personal reflections recalled to mind the Sons of Zebedee [cf Mark 3:17], “… You do not know what you ask. Are you able to drink the cup that I drink…?” [Mark 10:35-40; Matthew 20:20-23]

I am ever conscious as a bishop that this “bitter cup” is also “my portion and my cup” [Psalm 16:5-11] for what and who am I but an apostle like those blessed Apostles sent by Christ who founded the Church and thus called to share like them in all things? St. Clement in the first century explicitly states that the Apostles appointed bishops as successors of their ministry and St. Irenaeus and Tertullian testify similarly in the second century what had become the tradition of the Church [St Clement’s Letter to the Corinthians 42:4–5, 44:1–3 A.D. 80; St. Irenaeus, Adv. Haer., III, 3, 1; cf. Tertullian, De Praescr., 20, 4-8: PL 2, 32] and the book of Acts itself describes too this sharing and handing on of responsibility in the appointment of overseers and presbyters for the Church [cf Acts 13:2-3; Acts 20:28] and Paul [cf 1 Tim 5:17; Gal 2:9] who of course adds to Timothy, “I charge you therefore before God and the Lord Jesus Christ, who will judge the living and the dead at his appearing and his Kingdom: preach the word; be urgent in season and out of season; reprove, rebuke, and exhort, with all patience and teaching. For the time will come when they will not listen to the sound doctrine, but, having itching ears, will heap up for themselves teachers after their own lusts; and will turn away their ears from the truth, and turn aside to fables. But you be sober in all things, suffer hardship, do the work of an evangelist, and fulfill your ministry.” [2 Tim 4:1-5] Tradition tells us that James, son of Zebedee was the first of the Apostles to suffer martyrdom, as recorded in Acts 12:2; he tasted first, as would all the Apostles, that “bitter cup” [his brother, John the Evangelist, would be the last of the Twelve  literally to “taste” it too, but be initially spared his life, to be imprisoned and later retire to Ephesus]. 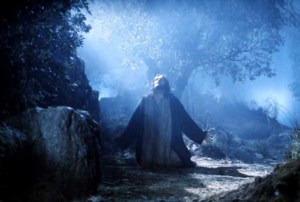 So what is this “bitter cup”? None other than the “chalice of our salvation” (Ps 116:13). This cup was so awful that Jesus  prayed three times, “O My Father, if it be possible, let this cup pass from Me” [Mat 26:39,42,44]. Even though the cup was bitter beyond description, and too dreadful to fully express, yet Jesus resolutely determined to drink it [Luke 22:42] in anguish sweating blood [Luke 22:44], knowing that it was the appointed prelude to glory. Therefore, when Peter sought to defend Him in the garden, Jesus said to him, “Put up thy sword into the sheath: the cup which My Father hath given Me, shall I not drink it?” [John 18:11]. The triumph of Jesus’ Resurrection was to be accomplished only by drinking “the cup of trembling,” or “cup of His wrath” [Isa 51:17,22; Zech 12:2]. In drinking from this cup, Jesus would absorb the shock of the curse of God [Gal 3:13] i.e that is the due penalty of sin. He would “taste death” [Heb 2:9] in a way impossible for any one of us.

It was a cup from which all of the wicked were originally destined to drink, and was described by the Psalmist, “For in the hand of the Lord there is a cup with foaming wine, well mixed, and he pours out from it, and all the wicked of the earth shall drain it down to the dregs.” [Ps 75:8]. Thus the cup Jesus was to drink was associated with Divine wrath, with the judgement of sin and the cursing of sinners, Jeremiah referred to such a cup as “this cup of the wine of wrath” [Jer 25:15]. Jesus asks James and John (the Sons of Zebedee) if they are able to drink “of the cup” that He will drink of. He does not ask them if they will be able to drink of a cup like His cup, but from His cup.

Thus Our Lord is referring to the portion of sufferings that He will leave behind that the Apostles in their turn must endure, as Paul says “Now I rejoice in what I am suffering for you, and I fill up in my flesh what is still lacking in regard to Christ’s afflictions, for the sake of His body, which is the church.” [Col 1:24] Though unlike the Sacrifice of Christ upon the Cross, these sufferings are not redemptive of themselves, but they will be difficult to bear for His followers and nonetheless may be counted towards salvation, if not directly of the world but in conjunction with His suffering for the world, “You will be hated by everyone because of me, but the one who stands firm to the end will be saved.” [Matt 10:22] For “Whoever listens to you listens to me…” [Lk 10:16] Thus those whom He had called to be His Apostles and who in their turn have chosen successors in their apostolic charge, share in this same invitation to participate with Christ in the salvation of the world, “You did not choose me, but I chose you and appointed you so that you might go and bear fruit, fruit that will last…” [cf John 15:16]

So my personal reflections have dwelt much upon the significance of this invitation, this sharing in the Apostolic ministry which includes the “bitter cup” to which I am enjoined by my episcopal consecration and into which I will bring those to be ordained to share-in, with me, as co-workers (presbyters, deacons) after the manner of the Apostles. Most especially those whom I will ordain as priests who will offer the Sacrifice of the Mass wherein they especially will taste, after a manner, this “cup of salvation”, this “cup of trembling” and this “cup of wrath” for as St Paul says “For whenever you eat this bread and drink this cup, you proclaim the Lord’s death until he comes.” [I Cor 11:26]. While many Christians may be called to suffering, not all are called and chosen to share in this particular way.

Here we begin to touch upon the very real nature of priesthood, an element I am afraid is not much thought about any more in our contemporary rationalist world and of which I am sorry to say (for those who may find it disagreeable) the modern Rite(s) of the Mass fail miserably to convey; the true incarnational character of the priesthood. Reflecting today personally on the feast of the Transfiguration of Our Lord brought home to me again the very real import and unique character of the priesthood. By this (and what follows in my sharing of thoughts) I do not mean to assert a form of “clericalism” about the Sacred Ministry, there are many complimentary ministries as St Paul says [cf I Corinthians 12. 2-11] that contribute invaluably to the whole process of theosis, i.e. divinisation through the Church of our humanity; but each of them has a peculiarly unique character.

It is, I feel, a great pity in our time that the Sacred Ministry has come to be perceived as the sole or ultimate expression of all the various ministries, rather than a particular vocation, a particular ministry. I can’t help but wonder if that is why so many have failed to prove themselves as priests, who perhaps may actually have been called to another form of ministry altogether? I also think its why so many inappropriate “ministries” have been invented that emasculate the priesthood in an attempt to fashion from it, in an attempt to reclaim by extension some kind of ministry? For example, “Eucharistic Ministers” – surely only consecrated hands that can consecrate, should handle the consecrated species? Surely, if there is a priest there to say Mass, shouldn’t he distribute the Communion? All too often, that which was permitted to be used “in extremis” i.e. in grave or extreme circumstances, has come to be “the norm” and with it has brought demands that have enabled or clamour for further malpractice. It is a shame that time has aggregated to the priesthood additional ministries that properly belong separately from it, or may be exercised by others in cooperation with it, which have clouded its true nature and purpose.

This clouding of the true nature, character and purpose of the priesthood has brought about a very real danger to the Church as a whole. Potentially there are priestly vocations being missed! Potentially there are vocations to other ministries being missed! Potentially the Church (as institution) is not realising fully all the benefits of God’s Grace as His chosen one’s are failing to realise their true, unique, individual vocations! As I often say in my homilies, we are each uniquely called by God and endowed by Him with gifts, talents, abilities for a specific purpose of His. We were all willed by Him into existence for some purpose known only to Him [cf Jeremiah 1:5; Psalm 139:16] and shared sparingly with us, that in discerning His purpose for ourselves and in the process humbling our will to His, we may realise both in this life and for eternity that true “peace” for the soul “which the world cannot give” [cf Philippians 4:7] but which we are invited to receive in following Jesus [John 14:27] who tells us, like He did to Peter, James and John on Mount Tabor, “noli timere” – be not afraid… words that those preparing for ordination should continually hold in their hearts as they begin to realise the uniqueness of their particular vocation… Of which more tomorrow!